Home  >  All Comics  >  Marvel Civil War Comics
Home > Marvel Civil War Comics
Disclosure
This website is a participant in the Amazon Services LLC Associates Program. We are reader-supported. If you buy something through links on our site, we may earn an affiliate commission at no additional cost to you. This doesn't affect which products are included in our content. It helps us pay to keep this site free to use while providing you with expertly-researched unbiased recommendations. 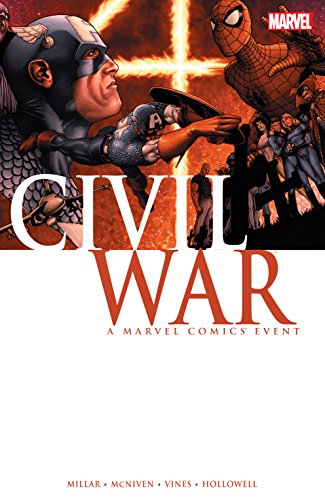 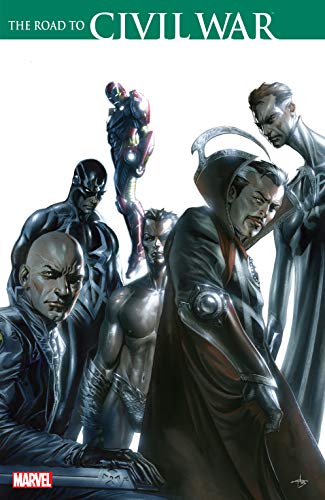 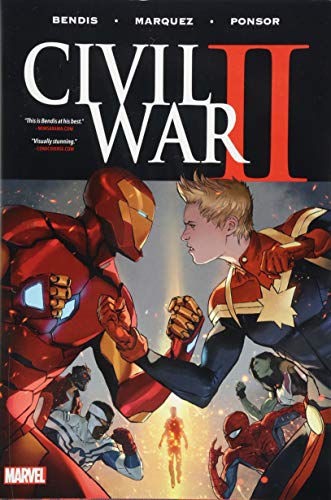 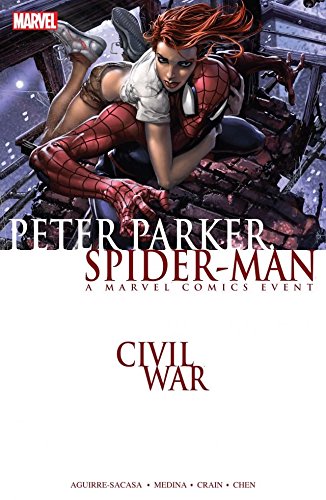 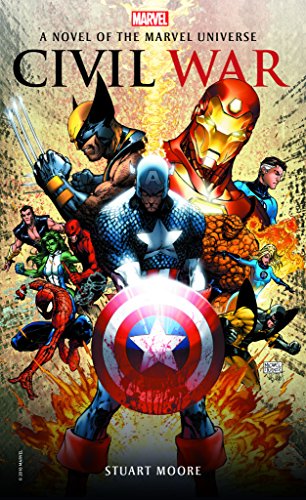 Civil War: A Novel of the Marvel Universe (Marvel Novels)
View on Amazon

The highly anticipated Marvel Civil War miniseries from late spring/early summer of this year promises to be the most talked about event in a long time. Mark Millar and Steve Epting take the readers on a mission to restore peace in the Marvel Universe, as they battle the Hydra Empire and their villainous super villain Doctor Doom. The story kicks off when The Avengers discover a mysterious piece of information from Iron Man that implicates Hydra plans to invade the United States. The team is divided into Iron Man, Thor, The Hulk, Spiderman, and Antman, and must work together to put a stop to this impending disaster. It's the first time in over a decade that these four comic book series will cross over, so if you haven't read any Civil War comics recently, you'll want to pick up issues #1 through #4 quickly.

The contents of these two Civil War miniseries are great for new and long-time readers alike. Issues #1 focuses on the main conflict, while issues #2 and 3 tie-in to Secret Invasion and Secret Wars. Although Secret Invasion was a blockbuster event, it was critically panned by many critics and mainstream audiences. Fortunately, Secret Wars has been well received by both diehard comic book fans and those who just didn't like the movie. So, if you enjoy Civil War but not Secret Wars, you probably have a good reason! This crossover event provides an excellent opportunity for readers to explore the differences and similarities between these two fantastic comic book series.

Both Civil War miniseries introduce new threats and characters to the world of Marvel. In particular, both Secret Invasion and Civil War feature various characters from the Ultimate Universe. This means Cyclops, Thor, The Hulk, The Impossible and many more must fight against a threat that arrives from the alternate universe. I'm not sure which of these Civil War miniseries is your favorite, but I can tell you which one I feel is the superior of the two.

The Civil War miniseries focused on the main battle between the forces of the Avengers and the villains that attacked New York. In this comic, we learn that Spider-Man, who was presumed dead after being revived by a experimental serum, has returned to take care of some unfinished business from the past. With the villains being eliminated and Spider-Man becoming the hero he always wanted to be, this storyline is one I really enjoyed reading.

The second Civil War miniseries ties in with the first Civil War story, issue #1. Here, we learn that the superheroes of both sides have formed a defensive force called the New Avengers. This team includes Spider-Man, Iron Man, Ant Man, and The Wasp. In addition to the Avengers, there's also The New X-Men, Menace, The Fantastic Four, and The Hulk. These characters battle the villain known as Doctor Doom, who uses technology to control the minds of the human population. The Avengers use a massive helicopter known as the Helicarrier to attack Doctor Doom; however, The New Avengers is defeated.

The next war series I read was written by Tom Lunt and drawn by Kurt Busiek. It's called Marvel Civil War: Special Forces. This miniseries picks up after the events of the previous Civil War miniseries. This series focuses on a group of special forces soldiers that were left over from the last battle. This group includes Black Widow, Hawkeye, Ghost, Toro, Phoenix, and Quake.

The third miniseries in the highly popular Civil War comics is written by Mark Waid and drawn by Steve Elkins. This series continues the conflict between the superheroes. This book takes place right after the end of the Civil War. The storyline involves Spider-Man dealing with an enemy known as Electro. He is also joined by Wolverine, Binary Man, Ice, and several X-Men from the future. This series was a huge hit after the movie adaptation.

The four books in this popular series are Civil War: Special Forces, Secret Invasion, Uprising, and World War Hulk. The specials in these series always give readers a little bit more of the background on the characters. I recommend reading all four of these Civil War miniseries. They are excellent reads for any fan of this long standing comic series.