Home  >  All Comics  >  Dragon Age Comics
Home > Dragon Age Comics
Disclosure
This website is a participant in the Amazon Services LLC Associates Program. We are reader-supported. If you buy something through links on our site, we may earn an affiliate commission at no additional cost to you. This doesn't affect which products are included in our content. It helps us pay to keep this site free to use while providing you with expertly-researched unbiased recommendations.

The Best Dragon Age Comics of 2021 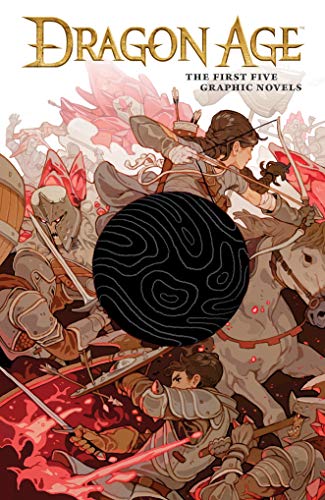 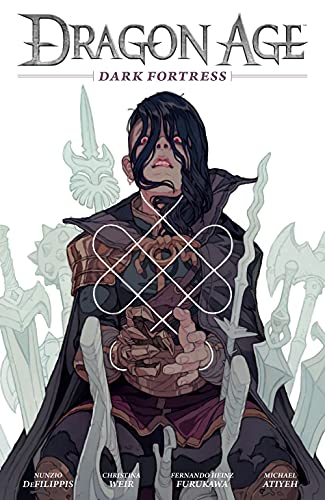 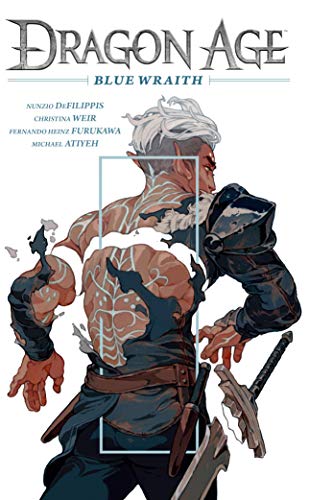 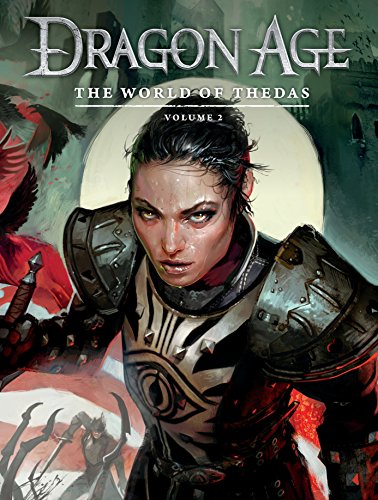 Dragon Age: The World of Thedas Volume 2
−40%
View on Amazon
Bestseller No. 5 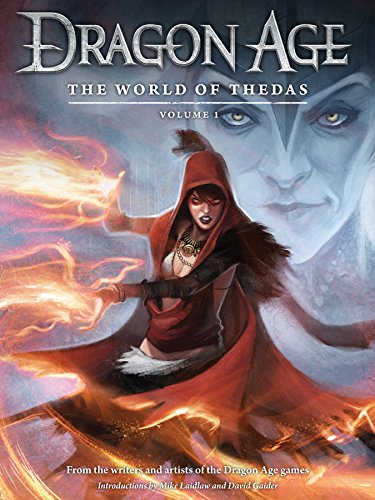 Dragon Age: The World of Thedas Volume 1
View on Amazon

Dragon Age Comics - The Bestiary and the Chantry

Dragon Age has always had an intense connection with role playing comics, even with in Canon stories based around some of its most popular fan favourites characters. The game itself is quite amazing, and has a really fantastic visual aspect as well. However, there are also some really dark and moody stories which are just as memorable. In fact, some of them are very disturbing, I must add. And now, a new collection of dark Dragon Age stories, that is, the Darkening Dragon Age comic series.

The first five graphic novels in the series are collected in a hardcover edition. It's impressive how the first few pages of the first volume look almost like a feature documentary in a little book. The visual content is very vivid, and very memorable for me at least. It's worth picking up, especially if you've not yet experienced the dark side of dragon age.

This collection of Dragon Age comics takes us back to a darker period in the story, before the return of the Maker, and the beginning of the third age. It's set almost two thousand years before the start of the game, and concentrates on the return of the Maker, who is of course, played by the mysterious and deadly mage, Arlen Bales. You'll be surprised by how deeply this story can affect your gameplay. It can be downright scary when the danger is approaching, and when you least expect it. It would be a great excuse to get some RPG experience in the comfort of your own home!

The story takes place during the dark era of magic during the First Age, when the area known as the Chantry is in disrepair. A group of unsuspecting humans, called The Chasemen, are swept into a mysterious location where they are attacked by strange, giant creatures. They fight their way through a series of tunnels, and finally reach a large magical crystal structure guarded by an ancient archmage. Inside, they are faced with an army of undead creatures.

As if being forced to battle undead creatures weren't bad enough, they're also forced to work alongside the Grey Wardens - future dungeon dwellers who aim to prevent the Maker from retrieving his full powers. Although this seems like a pretty tall order, the combination of intriguing characters, compelling storyline, and top notch artwork makes this new comic book series extremely appealing to fans of the Dragon Age series. I'm not going to go too much into it, except to say that the first issue really sets the stage for what the entire series is going to bring. For new readers, this first issue will provide a good jump-start.

"The Chantry" picks up shortly after the events of "Chronicles." The first story arc focuses on the efforts of the mage recruit, Ferelle, to train the local dwarfs to fight against the evil mage, Brialind. Although the training is mostly successful, the final battle is anything but. The final scene sees the Chantry under attack by an army led by an archer named Renault. For obvious reasons, it's one of the biggest set-ups you'll ever come across in a Dragon Age comic book series.

The second issue also focuses on the first five graphic novels collects, which are actually part of a self-contained story. This time around, the emphasis is on the magekiller guild, and how they're attempting to recruit a new member, Gabriel. It also introduces a few new faces from the world of Neverland. For fans of the first five graphic novels, this one isn't a complete waste of time, but it does tie up a lot of loose ends, including those that have been left for later books.

These first five comics make up a large chunk of the Dragon Age story, and while I feel the overall quality of them is good, it's pretty obvious to me that there will be many more excellent storylines released in future volumes. If you enjoyed the first half of Dragon Age: Origins, you'll probably love these comics. I can only hope that the next couple of volumes will help Dragon Age continue to enthrall and mesmerize fans of all ages.